|heartgolddex=It makes a nest to suit its long and skinny body. The nest is impossible for other Pokémon to enter.

Does Furret's shiny form resemble the Cheshire Cat to anyone? It has the same color scheme and stripe patterns... - unsigned comment from Yurtablemoron (talk • contribs)

Urm, In my Sapphire/Firered my shiny furret looks just a lighter shade than a normal furret...is it really purple? It's dex number is gold and when it comes out of it's Pokeball there are stars surrounding it... User:CrystalMarina97CrystalMarina97 12:48, 28 July 2010 (UTC)

Error in the Trivia

"Furret made its anime debut in A Claim to Flame!, which is twice the episode number of Sentret's debut episode, Tanks a Lot!."

This Pokémon does not have the special abilities and physiology section so whoever is skilled at this, please add it.----DJWolfy 12:41, 19 April 2012 (UTC)

The physiology section was there, the header was just left out by mistake. The special abilities section is still missing, however. ~たかはりい 12:44, 19 April 2012 (UTC)

Does anyone else have a problem with Furret's official height being almost 6 feet? In the anime it looks to be about 3 feet. 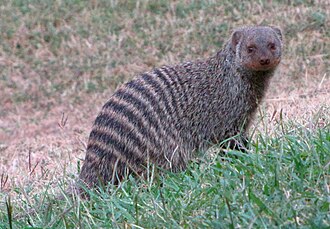 I personally don't think Kayzie Rogers voiced Furret during the 4Kids days, but Tara Jayne. On Twitter she confirmed that she has voiced Furret [1]. I would change it on my own, but I think I'll ask permission here. - Super10ZX Aug 31, 00:36 (UTC)