Does anyone know a good website to read up on these? My library does not have any of themC Is for Cookie

If the Emerald chapter hasn't finished yet, why did the DP chapter start already? It's Da Θρtιmαtum♏Talk|Links07:08 26 May 2008

Technically, the Emerald chapter has finished in the serializations, but not in the volumes. Volumes don't come out the instant all of the chapters in them have been serialized. It may take quite awhile for successive volumes to come out, such as how it's been at least five months since Volume 28 emerged and no sign of Volume 29 on the horizon.

Second question: What are serializations? It's the Θρtιmαtum♏Talk|Links06:47 27 May 2008

Chuang Yi does print the manga in English. They could also print versions in other languages read and spoken around Singapore, such as Chinese or Malay...--Shiningpikablu252 02:53, 25 August 2008 (UTC)

Sorry to bring this up again, but Chuang Yi releases the volumes in British English (as by the Singaporean GOvernment standards dammit...) so...yeah. *shot for bring up dead topic* Θρtιmαtum♏Talk|Links

Think we should put in why Viz stopped translating? Θρtιmαtum♏Talk|Links12:37 7 Sep 2008

We might have to get Pokébeach to send a correspondent to Viz and get someone at Viz to explain. The currently-well-known reasons are anime popularity and cost, but it's possible that neither of them are right...--Shiningpikablu252 16:25, 7 September 2008 (UTC)

USA Engilsh is back

If I get the money I will buy one

I read it on serbii net

can we put a link in? in the intnet it slems to be the best wetsite with it on. will Joe and the guy who wirtes them mind? can someone look and ask.(I can not go to the forms or e-mail and can't put in links to no where but Bulbapedia.GoldsWigglytuff 18:41, 7 November 2008 (UTC)

I found these sprites on Serebii and I uploaded them to the archives.

You mean something like this I found on the rival page?

Oh, they were made by him? Whoops, didn't realise. Yeah, best to remove them then. He probably wouldn't like the fact that we're stealing them. Do we have an image policy about where we can get images from, btw? Sketch? Other admins? — THE TROM — 20:06, 8 January 2009 (UTC)

Is there a source for this? I found nothing on their website and it seems too good to be true.

Ooooh. Somehow I totally missed that. Thanks! :] ZC

So if it is always published in English as Adventures, why is it called Special here all the time? I think you would be hard-pressed to prove that it is called Special by a majority of readers in English-language regions. --LaprasBoi 13:42, 4 June 2009 (UTC)

I agree. Viz is republishing the manga, and despite introducing a new logo and restoring the original Japanese right-to-left format, it's still called Pokémon Adventures. In addition, Red's rival (Oak's grandson) is still called Blue and not Green, while the girl is called Green and not Blue, despite this republishing coming after the release of FireRed and LeafGreen (the former of which had Green as a default name for the rival). --Evice 23:31, 15 June 2009 (UTC)

It’s nice that someone agrees, but as long as the EiC and the head of the manga project both have a personal bias toward Japanese, I doubt this will go anywhere no matter how illogical the current state of affairs is. Also, I think the argument is meant to be consolidated at Talk:Blue (Special), I saw an admin point somebody there who began to discuss it somewhere else. --LaprasBoi 00:00, 27 June 2009 (UTC)

Well, there is a Platinum chapter currently in serialization as the eighth chapter...

Trust me, though, it's pretty much a safe bet we'll see a HeartGold/SoulSilver storyline in chapter nine. Nothing's 100% confirmed as of yet (and, as such, we're not going to just go out and create pages for chapter nine just yet), but precedent's never failed us before...--Shiningpikablu252 15:59, 30 July 2009 (UTC)

So, are they gonna try and continue the series this time, or are they just gonna stop after 7 again. I thought they were gonna keep going, but then this article posted today seems to imply otherwise. Now i'm confused. I was really hoping they would keep going. Morgil27 19:43, 1 September 2009 (UTC)

"it was announced that Gakunen magazine Grade 5 and Grade 6 (at the time serializing the Diamond & Pearl chapter) would cease publication at the end of the fiscal year."..."As of December 2009, it has been confirmed that publication in the Grade 4 magazine will continue through 2010"

I'm not sure i understand this. It sounds like they first decided to drop the series, but then changed their minds and gave it another year. Am i right, or am i misinterpreting this? I'm assuming the name "Grade" means it's the same publisher. Morgil27 22:15, 18 December 2009 (UTC)

I've been wondering for a while now...I'm totally confused on wether to believe this is fake or not.....but..

Sent the guy who supposedly did this a message. The date says July 5 when it was supposed to be released, so if there's not response until then, it should get posted on that site. If not, I deem fake. Where did you find this?--immewnitythemew 17:19, 1 July 2010 (UTC)

On the website that was on the page,It said that this is fake.But,Only The World God Only Knows, Sock Monkey Loves You, Hack Link, Hakuoki 2, Bakuman and Deadman Wonderland are real.LucarioWolf 13:23, 5 July 2010 (UTC)

I knew it...I had heard that it was supposed to be best wishes there anyway

Hitmonlee is shown with springy legs in the red arc as well, and lorelei says in yellow arc that bruno accomplished the impossible by having his hitmonlee's arms accomplish the same springyness as its legs. SamOak 22:14, 27 January 2011 (UTC)SamOak

Hey, how about putting fan-made translations as a reference link? In my opinion, the translations this guy made was very good. Anyone knows /a/nonymous scanlation? That's the guy. Milkgila 10:55, 27 February 2011 (UTC)

I saw this on Amazon.com a few weeks ago and figured I'd mention now. It doesn't say "Adventures" on it but it is written and illustrated by the same people of the Adventure series. Link to the Amazon order page is below. --いぬみみ 20:21, 29 June 2011 (UTC) 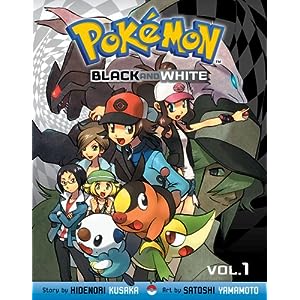 Could somebody please find some official source that actually says that manga is part of Pokémon Adventures? Somebody on Wikipedia made a chapter list for it but doesn't mention it being part of the Pokémon Adventures series. I tried to look for a source, and NOTHING I came across said anything linking the two. It would be much appreciated. Thanks, Blake Talk·Edits 14:41, 9 May 2012 (UTC)

It actually is. On the back it has the Pokémon Adventures logo, though it's really small. プリングルズ/品客薯片/ప్రింగిల్స్ 19:09, 9 May 2012 (UTC)

Because the official has not been announced about Hugh's plot belongs what chapter. I deleted this paragraph.

I've been wondering about something for a while now. So why does the Pokémon Company really not actually acknowledge the existence of Adventures? Are they not exactly official? Or are they just not as valuable an asset? I would think that they'd be willing to sell more merchandise, but why are they never mentioned on the website etc.? - Pringles 03:06, 29 June 2014 (UTC)

Does anyone know what volume/chapter it is that Sapphire Odamaki eats a banana while taking a bath with Flannery? Tyciol (talk) 05:13, 17 November 2015 (UTC)

About the sales of the manga

It's a bit concerning to see that the volumes for this series haven't been set in stone since XY. Granted, this is due to the US/Japan volume split, but if it's because of that, shouldn't we just use the Japan volume numbers anyway? Brawlersinthezone (talk) 05:22, 11 April 2020 (UTC)