We need to find the proper name of the cloak on which Snorunt is based. -Argy

For some reason it says that you can get snorunt on Pokémon Pinball, which is wrong. Maybe it meant the Ruby and Sapphire version? This needs to be changed.--100xstupid 10:55, 10 May 2009 (UTC)

About Bite or Crunch...

Snorunt makes a cameo in SSBB in Pokemon Stadium 2's ice stage inside the hut. Someone should add this in. Here's an image of it: 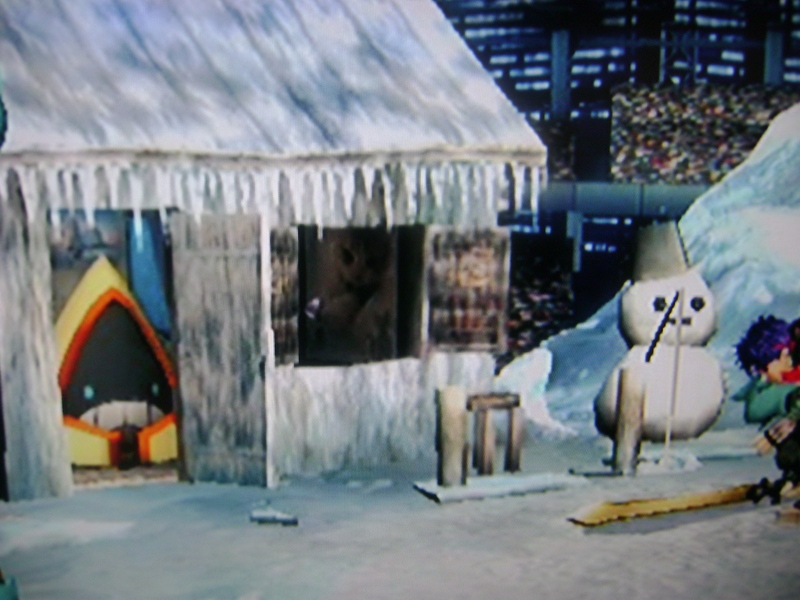 The Despite the two having similar names Snorunt has no connection to Snorlax, which evolves from Munchlax. Part? Because the 2 don't even look alike, and I find this to be rather un-needed. - unsigned comment from Borg184 (talk • contribs)

I removed it from the Snorlax page a day or two ago, didn't think to check here. There is no need, because the pronounciation is different, as can be told from the origin of the names. Snorlax comes from Snore, so is pronounced Snore-lax, while Snorunt comes from Snow + Runt, therefore Snow-runt. Completely different. I don't see why it was even added. /rant. I've removed it. Werdnae (talk) 18:55, 19 May 2010 (UTC)

Snorunt's 4th-gen, normal back sprite has dots on it that shouldn't be there. Does anyone have a better picture, or know how to correctly format the picture if that's the problem?--Celebi96 13:17, 30 June 2010 (UTC)

Snorunt's B2W2 sprite is a Glalie.

Will a female Snorunt still evolve into Glalie at level 42? If so, this seems like something that should at the very least be in the trivia section...- unsigned comment from Ulithium Dragon (talk • contribs)

It's not really something that's necessary to add to the trivia section. If not specified like Snorunt to Froslass is specified, then is should be assumed that it will evolve into Glalie as either gender. --It's Funktastic~!話してください 22:39, 5 April 2014 (UTC)